Americans take into account different factors when choosing where to live. For some, the quality of schools is important. For others, the strength of the local economy or personal safety takes priority.

To determine America’s best cities to live in, 24/7 Wall St. reviewed data on the 550 cities with populations of 65,000 or more as measured by the U.S. Census Bureau. Based on a range of variables, including crime rates, employment growth, educational attainment, and housing affordability, 24/7 Wall St. identified America’s 50 Best Cities to Live. 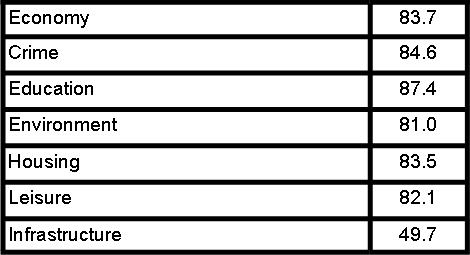 No other Palm Beach County cities ranked in the national top 50, however two other Florida cities made an appearance on the list: Cape Coral ranked #46 and Weston ranked #15.